The first thing you notice about this colorful new mural from Zesta&Page33 are the great tit and the kingfisher. But for the observant viewer there is more to see: the artists hid references to the neighborhood in their mural.

The Valkenboskwartier district and parts of the adjacent Regentessekwartier and Duinoord districts are collectively unofficially called the ‘Inventors district’ because of the many streets named after inventors and scientists.

Hidden in the leaves of the mural are references to explorers and inventors such as Columbus, Ohm, Newton, Edison and Galileo!

Show in map
Made by
Zesta & Page33 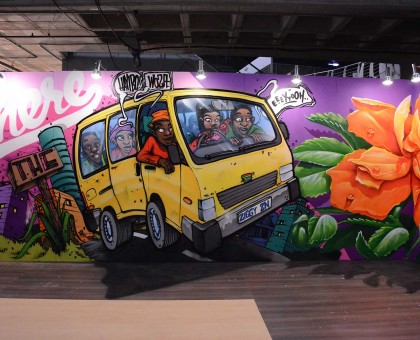